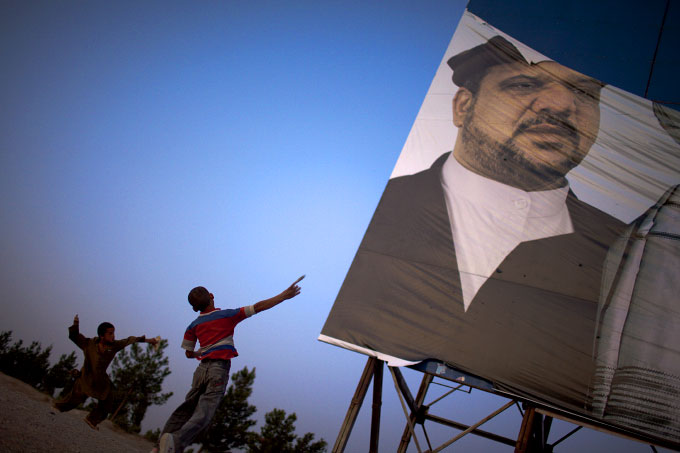 I will not mourn the death of Marshal Fahim for a moment let alone three days.

This idea of holding national mourning is absolutely ridiculous.  I have not seen a single positive achievement from Fahim to make his death a sad occurrence.

There is a saying in Dari, “Morgh kam Goish kam” which roughly translates, “The fewer the chicken, the less chickenshit.”
I am being very insensitive here but none of the warlords who brought death and destruction to Afghanistan have any right on people to hold three days of mourning. Frankly, this is embarrassing for the government to announce three days of national mourning for a person whose sole interest was his growing wealth. Will all government high ranking officials get three day national mourning? I doubt it.

Fahim was not a hero by far and not a man who deserves kindness and prayers from people.  Throughout his time, there have been several reports of human rights violations and corruption, including occupying land illegally.
In 2005 Human Rights Watch described Fahim as “one of the most notorious warlords” and implicated him of torture and murder. In recent years he was associated with Kabul criminal gangs that were involved in abductions and smuggling of weapons and drugs.
He has also been refereed to as “semi literate, self appointed field marshal, and one of the principal obstacles to Afghan unity because of his alleged ruthless threats, beatings and general thuggery, ” in The Essential Field Guide to Afghanistan.

His legacy a long with his friends, in addition to all deaths and destruction that he is directly and indirectly responsible, is also the invasion of Afghanistan by foreign forces.

In few days or weeks, they will probably name a street after him, if they haven’t done that and few year later a statue will be erected for him and he will be named a national hero.. and thus a thug becomes a hero.

Yet another software developer with interest in OO, Open Source, Social Media, politics, Islam and ...

This site uses Akismet to reduce spam. Learn how your comment data is processed.

While main stream media is a little confused as to how a crime can happen against Muslims, I can confirm that it can and it did. I would also like to clarify that the shooter Read more…

A national unity government now in Afghanistan means that the struggles and oppression that people of Afghanistan went through since at least 2001 when NATO invaded Afghanistan were basically for nothing. It is like saying, Read more…